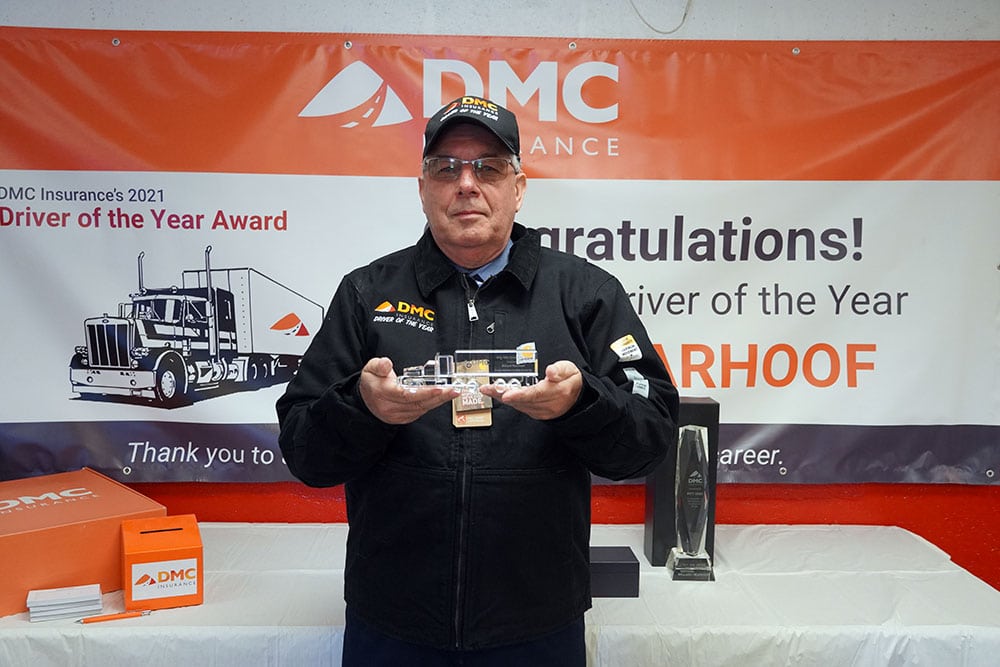 DMC is proud to announce the selection of Bill Nearhoof as our 2021 DMC Driver of the Year. Bill has been a professional driver for 44 years, dedicating the past 41 of those years as an evening-shift linehaul driver for PITT OHIO out of their Baltimore, MD terminal. He has accumulated over 3.8 million miles without ever being in an accident or incurring a traffic violation. A truly extraordinary feat!

In addition to his safe-driving record, Bill is a certified Smith System instructor that has trained over a hundred drivers as a lead trainer for PITT OHIO. Bill served in the U.S. Navy and still actively contributes to the Maryland Food Bank, Colonial Williamsburg Foundation, and VFW Post 6321. “40 years working nights is just astonishing,” said Jon Guidry, the Baltimore terminal manager. “I think it’s important for people to understand how remarkable it is for Bill to have his safety record with all that he does and working nights for over 40 years.”

Bill has been employed with Pitt Ohio for 41 years. Over his long tenure with the company, Bill started first as a pickup and delivery driver for 4 years. He then moved to the operation side and worked as a supervisor, where he still drove and made deliveries and pickups. After a short time in supervision, Bill went back to driving, but this time in the linehaul position.

I met Bill when I first started driving for PITT OHIO in 1986, and his positive attitude, friendly demeanor, and professional work ethic have always impressed me. Bill’s genuine, uplifting disposition resonates well with all of his co-workers. As a trainer for many years, Bill was someone that new hires would look up to. Bill became a certified Smith System instructor and instructed well over 100 newly hired drivers in addition to remedial training.

When reviewing Bill’s 41-year history at PITT OHIO, you could say he is the type of driver that any company would want their employees to emulate. In addition to an outstanding driving record, Bill has had 3 Bendix video events, all categorized as good defensive driving. Bill’s commitment to highway safety is second to none, and his exemplary driving record proves that he takes that responsibility seriously each and every day.

Bill has over three million miles of accident-free driving, joining the prestigious Three Million Mile Club with a total of 41 years accident-free with PITT OHIO, in addition to 3 years safe driving prior.

Bill served in the U.S. Navy Seabees from 1973 to 1979 and has a history of actively contributing to charities such as the Maryland Food Bank, Colonial Williamsburg Foundation, and VFW Post 6321.

In summary, Willard Nearhoof is an excellent candidate for DMC Driver of the Year, and I strongly endorse his nomination and respectfully ask for your positive consideration of this exceptional driver. 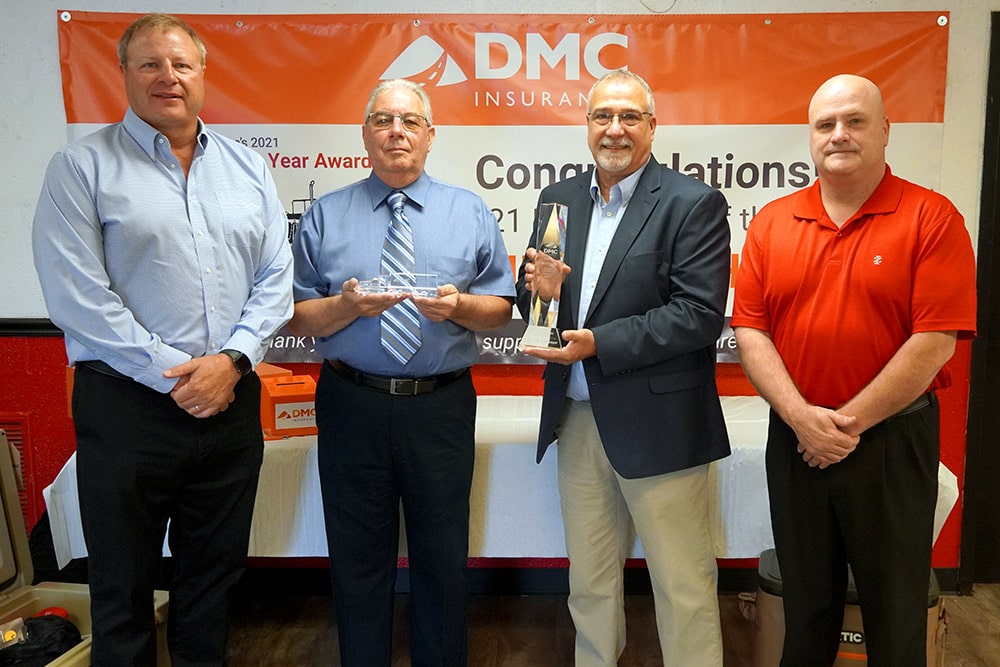 On Monday, September 13, 2021, representatives from DMC Insurance were on site at the Baltimore, MD PITT OHIO terminal, the winning driver’s home terminal, to present Bill Nearhoof with the award. Vikas Shah, EVP of Sales and Product, awarded Bill a custom-engraved crystal truck trophy, a $1,500 cash prize, and a generous branded Driver of the Year prize package. “The DMC Driver of the Year Award program is our way to identify and celebrate best-in-class drivers. The committee, comprised of professionals in the industry, scores them based on driving record, involvement in the community, involvement as a mentor within their company, and other areas they have exerted leadership efforts,” Shah explained. 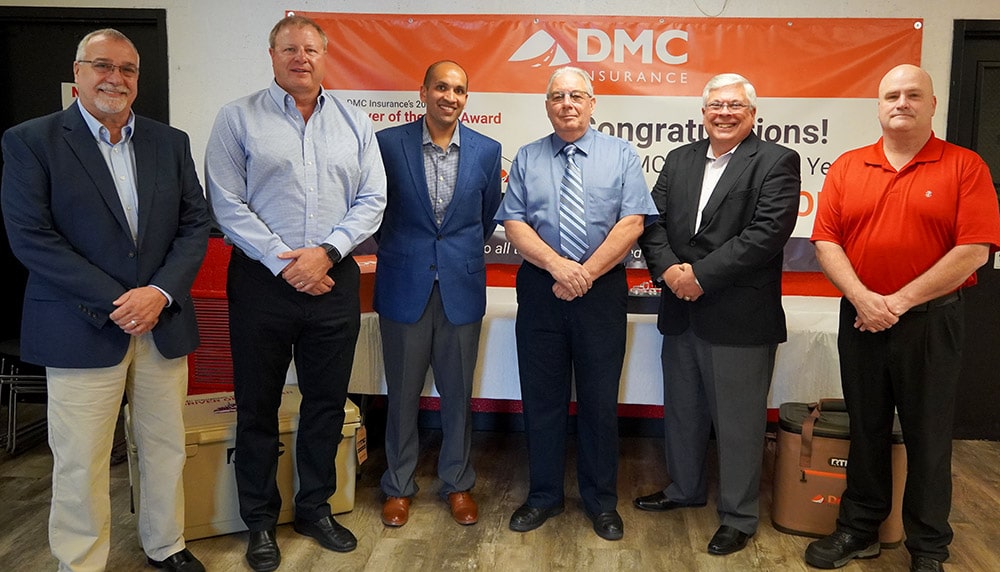 DMC Insurance representatives recognize Bill Nearhoof as the 2021 DMC Driver of the Year at the recognition ceremony in Baltimore, MD.

Bill commented, “We all go out each and every day and do what we have to do. At the end of the day, it’s a good feeling. Awards and recognition like this help to push you forward. This award honors one, but for me, it’s shared with everyone. Without them [other Pitt Ohio associates], your job can’t be done. There are a lot of great people that help you to get where you are. You always remember them. I am thankful for those people. I couldn’t have had the career I have without them.”

Thank you to all of the 2021 nominees for your dedication to safe driving!